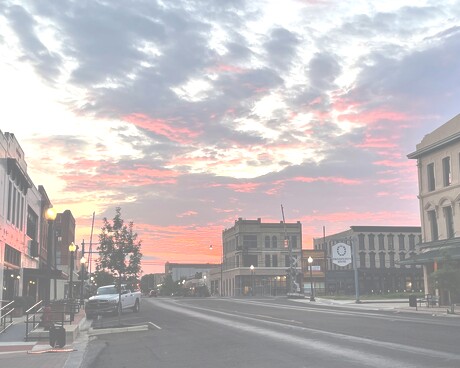 Our main street (Washington Avenue) is the "heart" of our downtown, especially after our new city hall was built just one street over (2011). We created a plaza where events take place, where the community comes together And since we are not the county seat, the courthouse is in another community, so we created a place. The city has already invested well over a million dollars, with some matching funds to make our downtown vibrant. We also recruited a number of businesses to bring occupancy near 100%! BUT WE ARE NOT DONE. We still are about to create a crosswalk and still have one block of streetscapes to complete--this streetscape project was an "offshoot" of the city hall project and we have been building it on Washington Avenue since 2011, with new sidewalks, benches, lighting, & irrigated planter boxes. Investment has followed by a number of people on Railroad St, that connects to Washington Ave., with a new hotel, restaurant & bar opening later this year! The need is for beautification enhancements that were not budgeted to finish the downtown project.

Share this nomination with friends to help Washington Avenue get more votes: