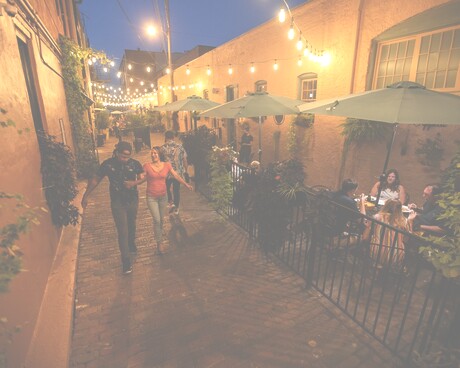 Elizabeth City, NC is a special place. We are known as the "Harbor of Hospitality," which is not just a slogan, it's a way of life. We're hospitable to visitors and hospitable to each other. A survey conducted by our local tourism bureau had visitors commenting that we are so friendly we're "freakishly friendly." We're a diverse mix of races, cultures, ages, and spirits. We're an official Coast Guard Community with six commands. The heroic Coast Guard Rescue Swimmers are trained here in Elizabeth City (as featured in the movie "The Guardian.") It's cool to have maritime and aviation heroes as neighbors, colleagues, and friends. We're home to three institutions of higher education: College of the Albemarle, a community college named the best community college in the state; Elizabeth City State University, a historically black college/university part of the University of NC system; and Mid-Atlantic Christian University, a religious-based private university. We're the proverbial "quaint, historic, southern waterfront community," but with an artsy and creative vibe and a personality all our own. We're a "stone's throw" from the NC Outer Banks, and also from the Hampton Roads area of Virginia. At the same time, we're a million miles away. We band together in hard times, with a support network like no other. We're surviving this pandemic, as we have survived hurricanes, snowstorms, economic downturns, civil unrest, and other hardships and adversities -- by supporting each other, teaching each other, learning from each other, and being there for each other. We are a community of hometown heroes, proud of our little town and becoming better each day.

Share this nomination with friends to help Elizabeth City Downtown get more votes: